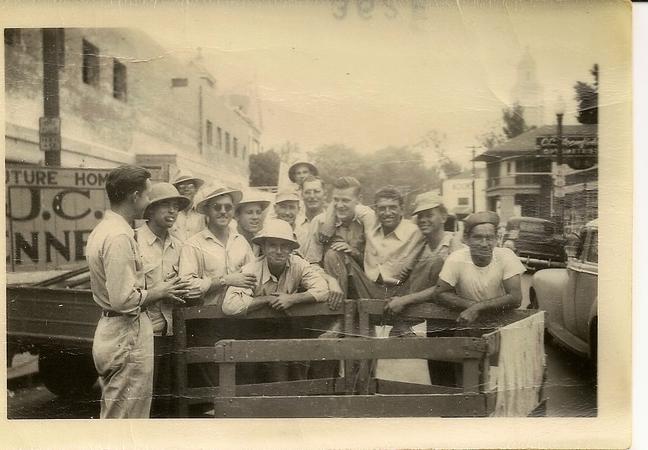 Comments from Mac: far right, my dad, M.C. McCormick Jr., two left of him, possibly, Coley Hill (see below), then second from the left Preston Whitehead. Note the Louisiana state capital in the background on the right side.
My dad built and maintained all of the downtown BR network until his retirement. 1945-1985

Comments from Thad Smith: On Preston Whitehead's left is Fabian Daigle (straw hat), standing in the rear between Whitehead and Daigle is A. O. St. Dizier (straw hat), to Daigle's left (leaning on barricade) is Louis Calabrese, standing in the rear to Daigle's left (between Daigle and Calabrese) is J. W. Bello, second to Mcormick's right (with arms around two co-workers necks and feet on barricade) is Buster Felsenthal.