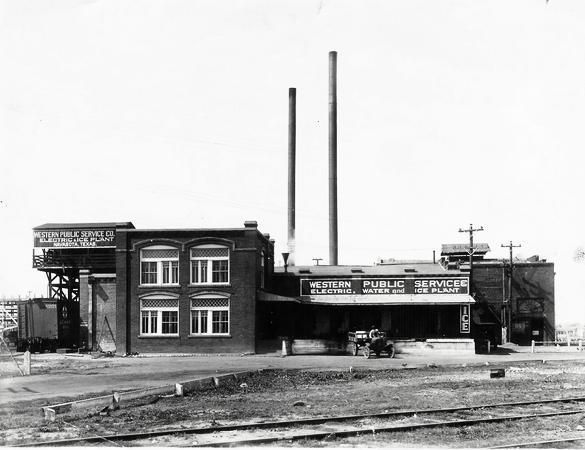 Western Public Service headquarters circa 1910
This picture was posted on the Traces of Texas Facebook page. Here is a direct link to the post on the Traces of Texas FB page.
Milton Smith and Bill Hinze recognize the building as the Navasota Division office before the office moved to Conroe. The building front was changed and the smokestacks were gone.
Western Public Service eventually became part of GSU. The family history of GSU is shown on a calendar published in 1982. A copy is posted on the Plain Talks Library site and may be interesting to review.
The original picture was taken with a large format camera and has a lot of detail when you zoom in.

Below is a photo of the building as of PI day (3/14/15). It includes comments from Bill Hinze on how the building has changed from when it was the Navasota Division office and Milton remembering making phone calls to Navasota.

Photo No 2237... Submitted by Melissa Bochat

Same building (with lots of changes) as of March 2015. 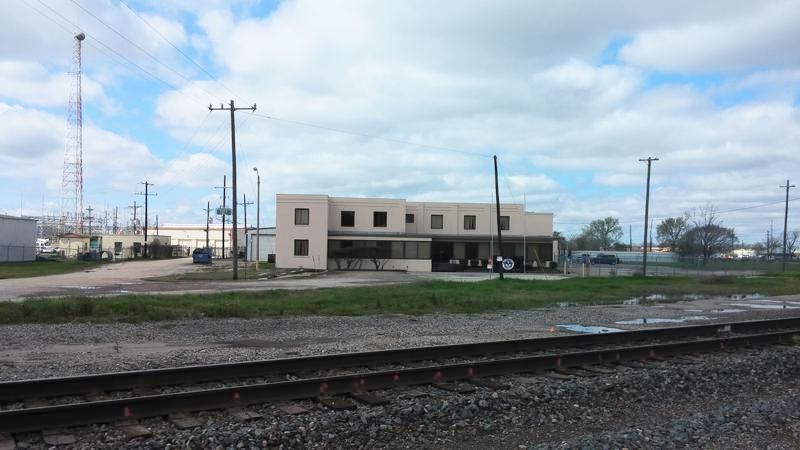 Milton remembers: When he was working in System Engineering early in his career, he recalls the process for making calls to the Navasota office.  The phone system used a power line carrier to carry the calls.  He had to call the operator in his office and ask for the Navasota line.  She would call him back when it was free and someone in Navasota would connect his call.  He remembers the Navasota division project engineer working in a nearby office would yell into the phone when talking to Navasota to make sure he was heard on the other end.  (I know I learned a lot about boilers listening to a boiler engineer with a naturally loud voice in the next office talking to the plants.  It's not always bad. - DS)